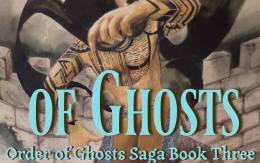 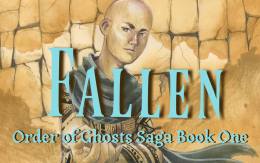 If you’d like to get notification whenever a new title is released, please feel free to join the Atomic Slingshot Newsletter

I have a variety of different projects on the go. Each of the many projects is at a different stage.

Here are some of them.

Felix the Swift is about the master thief, who became a slave, who became a mage and the Grandmaster of an Order of magic. The story follows him from the temperate hills of the Empire of Aurre to the scorching hot desert of Ta’arqua.

He gets dragged across the globe and thrown into a world of magic, and Gods. He must face High-Princes, assassins, traitorous brothers, Gods, and the scorching heat of the desert. Felix must overcome the obstacles that have been laid against him to become truly free.

Felix must find a way back to his homeland and a way to free his family. Or he fails and the hostile environment will overtake him as it has to so many others.

It is set in my fantasy world Agersolum; a world of gods, demons, magic, the end of the bronze era and the start of the iron era. It is a large expansive world of a dozen unique cultures, religions and peoples. It is the planned setting for at least four different, yet interconnected trilogies. And knowing my story planning, many, many more.

Authors operate on coffee. If you enjoy what I do, please buy me one.

For those that want there name to be written into a novel, if only as a Red Shirt. Cannon Fodder. Please feel free to Enter the Graveyard